Saskatoon berries are a superfruit rich in fiber, micronutrients and antioxidants, better than blueberries and comparable to the trendy acai berry. The best part, though, is these delicious berries are native to Western Canada and grown right in our own backyard.

“Until the last three or four years, saskatoons have not been grown in large enough quantities to be regularly available as an everyday product,” said Grace Whittington of Saskatoon’s Riverbend Plantation. “They’ve been kept as a specialty product in hard to find places.”

But Co-op has been helping develop products to bring the berry to the masses, including ice cream, frozen berries and now a jam-type spread. Co-op is partnering with Riverbend Plantation on a new line of CO-OP GOLD PURE® Spreads in five varieties: saskatoon berry, mixed berry (Saskatoon berry, cherry and rhubarb), raspberry, strawberry and cherry. 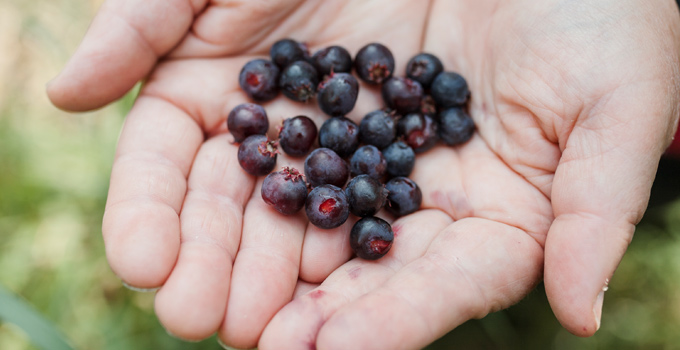 Riverbend Plantation not only makes the spreads locally – through the Saskatchewan Food Industry Development Centre – the company grows all the saskatoon berries just outside the city, sourcing the remaining fruit from other Saskatchewan, Alberta and British Columbia growers.

Whittington said the spreads are fruit forward, having chunky pieces of fruit and less sugar –locally sourced from Alberta – than a traditional jam.

“It’s as pure as we can get it. There are no additives, no colours, no artificial flavours and no preservatives in the product,” she explained, noting it’s the lemon juice and canning process that provides a nine-month shelf life.

“When you get rid of the sugar, that really sweet taste, you taste more of the fruit content. You know there’s rhubarb because you can taste that bite rhubarb gives.” 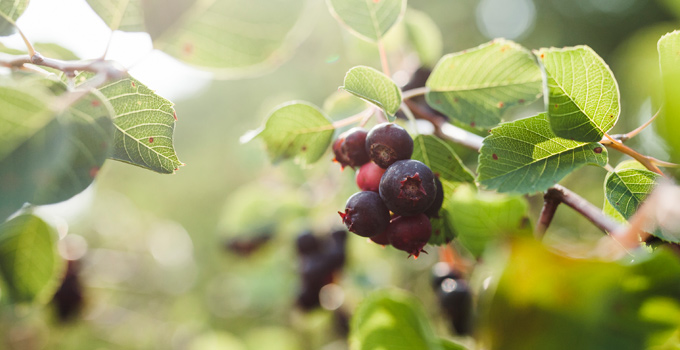 Whittington and her family purchased Riverbend Plantation in 1996. She had worked with the previous owner, who started the business in 1981, and welcomed the opportunity to move back to the country, having grown up on a farm in southern Ontario.

Riverbend Plantation now operates 14 acres of saskatoon berries, producing 25,000 pounds per year, as well as small quantities of rhubarb and raspberries. The business employs three employees through the winter and six people in the summer to help with cultivation and harvesting.

A lot rides on that harvest because it is such a short period, usually only two or three weeks in July. Because of this, the saskatoon berries are sorted, graded, boxed and frozen immediately for later use throughout the year.

For more than 20 years, Whittington has been using these berries to make jams, chocolates, teas, chutneys and other condiments to sell in their own shop and in other souvenir and specialty shops across Western Canada. 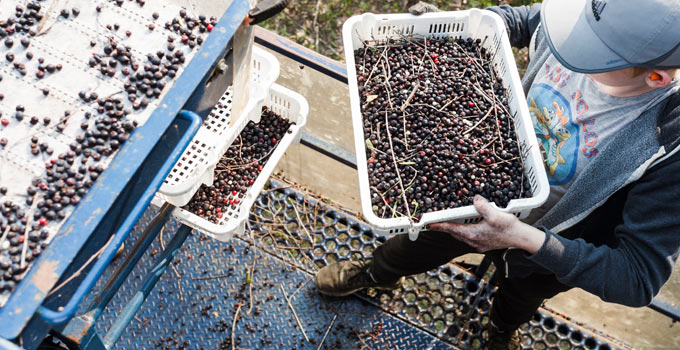 Whittington has noticed perceptions of saskatoon berries and other local produce in general have changed over the years.

“People from here are much more willing to take our product and show it off. … They’re proud to take it with them,” she said.  “I really do believe we in Canada have a superior product, I think we’re used to that. … We’re used to really good tasting food.”

Not only are customers supporting local homegrown products, she said that local producers and growers are making the investment into new and better storage and production facilities here. Partnerships like the one with Co-op provide stability and longevity for what they’re doing.

“This project has been a year and half in the making. … It’s fabulous to see it come this far and be on the shelf,” she said. “We’ve put a great product out there that people are going to love and enjoy.”

How much will people enjoy the spreads?

“It’s actually, shall I say, a little bit better than grandma’s because she had to put all that sugar in there,” Whittington suggested. “This is much more fresh tasting.”