There’s a chill in the air and snow on the ground, yet you’re eating a ripe and juicy tomato grown right here in Western Canada just like it’s summer.

For the first time, Co-op customers will be able to enjoy western-Canadian-grown beefsteak tomatoes, tomatoes on the vine, long English cucumbers and mini cucumbers throughout the winter.

“We have been working directly with an Alberta grower to provide a consistent supply of great-tasting produce year-round,” said Mike Furi with Federated Co-operatives Limited, the wholesaler supplying local Co-op Food Stores in Western Canada. “Some of our competitors are starting similar initiatives, but nobody else will be able to say they have local products for the entire winter.”

Co-op has worked directly with The Cucumber Man, which is expanding its operations with an additional 20 acres of greenhouses over the coming years.

Historically, tomato and cucumber products have been imported from Europe or Mexico. But with a minimum five days spent in transit, produce is either not ripe when picked – impacting quality and flavour – or the product has a limited shelf-life.

Furi noted that innovations have increasingly made it easier to find local produce year round. He noted wholesalers historically had to go out of country for product from the end of September to May. This gap lessened in recent years to be Nov. 1 until the end of February.

“Because of innovation, The Cucumber Man is taking the next bold step to make it so the gap doesn’t exist,” Furi said. “Innovation allows us to harvest a Canadian product 52 weeks a year.” 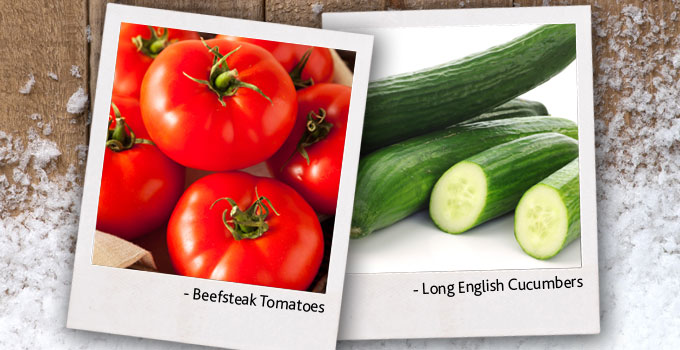 Obviously, there are challenges to growing produce in Canada in the winter. However, Furi referenced ongoing innovation and technology liked reclaimed heat and vertical farming are increasing capacity. With fewer hours of sunlight, Furi said The Cucumber Man is supplementing the natural light needed to ripen its tomatoes and cucumbers with LED lights.

So what can you do to preserve the great taste of these local tomatoes and cucumbers?

“To maintain the quality and flavour, tomatoes and cucumbers should not be stored in the fridge,” Furi explained. “They will last longer in the fridge, but they will lose their taste profile. They should be stored on a pantry shelf.”

Furi noted flavour cells in the produce are damaged when they’re chilled. This is why bananas will turn brown or grey when they’re cold.

For the best quality and tasting produce this winter:

“With fruits and vegetables, you have to be cautious,” Furi said. “If you stepped outside without a jacket in winter, it’s not going to take long for you to feel the impact of it.”