Living on the family homestead, third-generation farmer Paul Loeppky enjoys working with his hands and with animals – even if they are a bunch of pigs.

“When you deal with them every day, you don’t think you do,” Loeppky said. “But then you go on holidays or you’re away from it for a little bit and you realize you really do enjoy that part of your job too.” 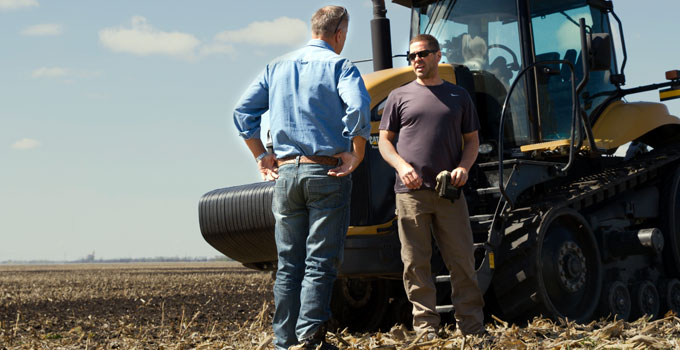 Loeppky farms south of Niverville, Man., with his wife and three daughters. He has a barn with 2,600 hogs and farms about 1,500 acres, growing canola, wheat, oats, corn and soybeans – some of which is used for feed. Loeppky’s wife, Jenn, does much of the bookkeeping for the operation.

His hogs are raised without antibiotics with no added hormones, like all Canadian pork, and used for CO-OP GOLD PURE® Bacon. Loeppky uses 100 per cent vegetable feed, which contains no animal byproducts.

Loeppky’s father and uncle started the hog operation, with Loeppky joining after going to the University of Manitoba in 1997. Loeppky continues to work together with his uncle and cousin on the grain side of the business, each holding their own acres. 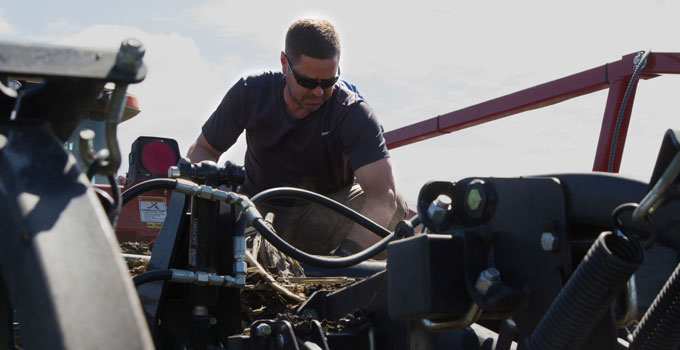 The whole hog on health

Co-op is committed to continued sourcing and selling high-quality pork products, produced responsibly and humanely. This includes support for the pork industry around the safe treatment of animals through the recommended code of practice for the care and handling of animals.

Loeppky’s operation is certified as raised without antibiotics by an independent auditor. This auditor visits the facility and reviews records, animal welfare, animal health and the barn environment. The auditor has also provided different ideas to improve animal health. Loeppky said he has changed pens in his barn, for instance. 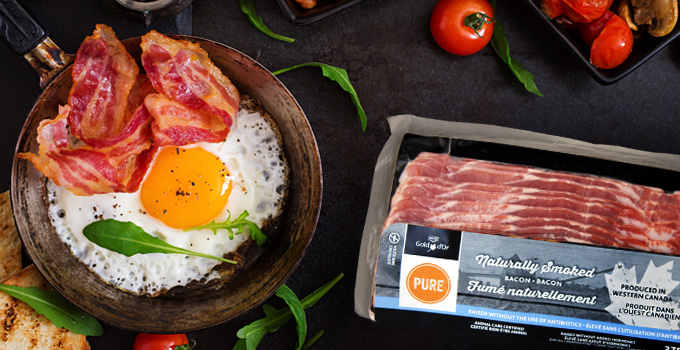 “We used to have smaller pens,” he said. “We put gates in so the animals have the opportunity to move around in the barn.”

Loeppky aims to be more innovative and continue improving his knowledge and operations – like any other job out there. But it’s more than that for him.

“The farm is always in the back of your head and I don’t mean that in a bad way,” he explained. “It’s much more of a lifestyle.”